Pasteurisation means it is easier to digest than raw egg 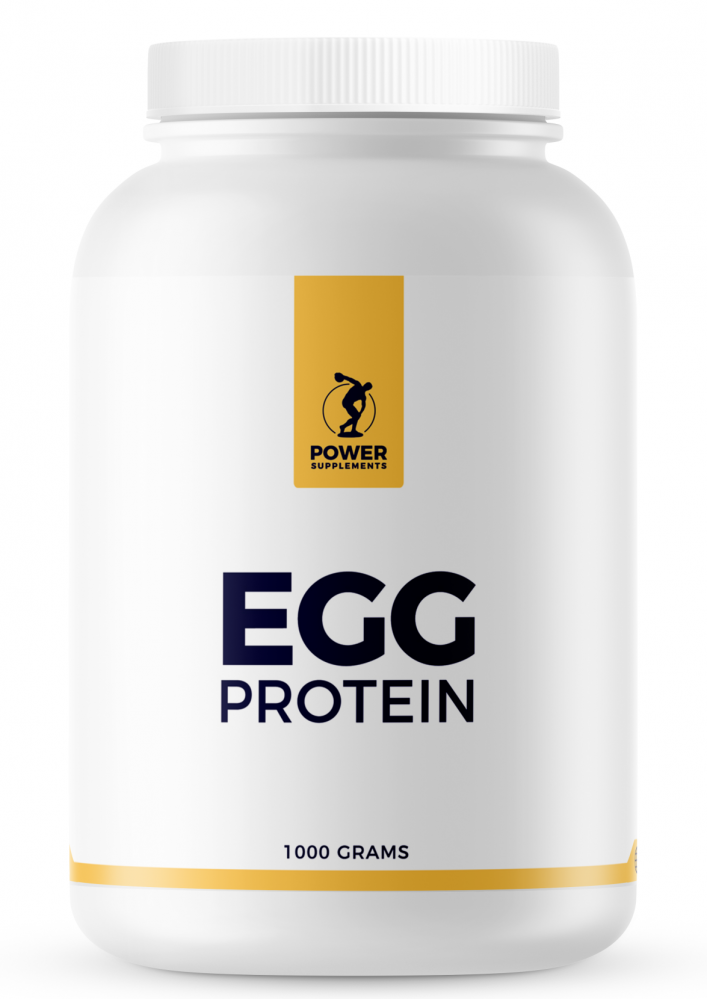 Mix 1 measuring scoop of Egg Protein (30 grams) with 200-300 ml of water, milk, fruit juice or use your own favourite recipe.

Take 1 to 1.5 scoop of Egg Protein before and/or after exercise or when your food does not contain sufficient protein. Protein contributes to maintaining or increasing muscle mass and maintaining normal bones. A varied, balanced diet and a healthy lifestyle are important.

Before the emergence of protein-powder shakes, there was the raw egg shake. Many old-school bodybuilders ‘enjoyed’ their daily protein drink made with a dozen eggs. A fast, protein-rich shake that works well!

But the taste and texture of raw eggs is not to everyone’s taste. Those who prefer tasty ways to reap the rewards of the restorative and muscle-building benefits of protein can now make their own delicious protein shakes with Egg Protein from Power Supplements.

A clever production process means Egg Protein has a very mild taste and a much better texture. There is also very little foaming. This foaming is often an issue in chicken egg protein, because essentially, chicken egg is a different protein than whey protein and casein. The difference is in the taste. However, Vanilla and Chocolate flavour Egg Protein are without doubt the best chicken egg protein shake we have tasted in 30 years.

The natural version of Egg Protein can be easily flavoured - with fruit juice for instance.

Each 30-gram measuring scoop of Egg Protein contains the same amount of protein* as almost 8 chicken eggs (on the basis of eggs weighing 60 grams). A 1000-gram pack contains the protein equivalent of no less than 260 egg whites.

*The ‘egg white’ synonym for ‘protein’ is a handy term to use when talking about chicken protein.

Store in a dry place, in properly closed packaging at room temperature, protect from sunlight.